Be up to date on travel arrangements

From your home country
on the conditions for leaving the country.

Are you from France?
Because of the circulation of the Covid-19 and its variants, all entry and exit from the French territory are controlled. As part of the strategy to reopen French borders, a classification of countries/territories is defined and regularly updated by the French government, according to the sanitary situation. 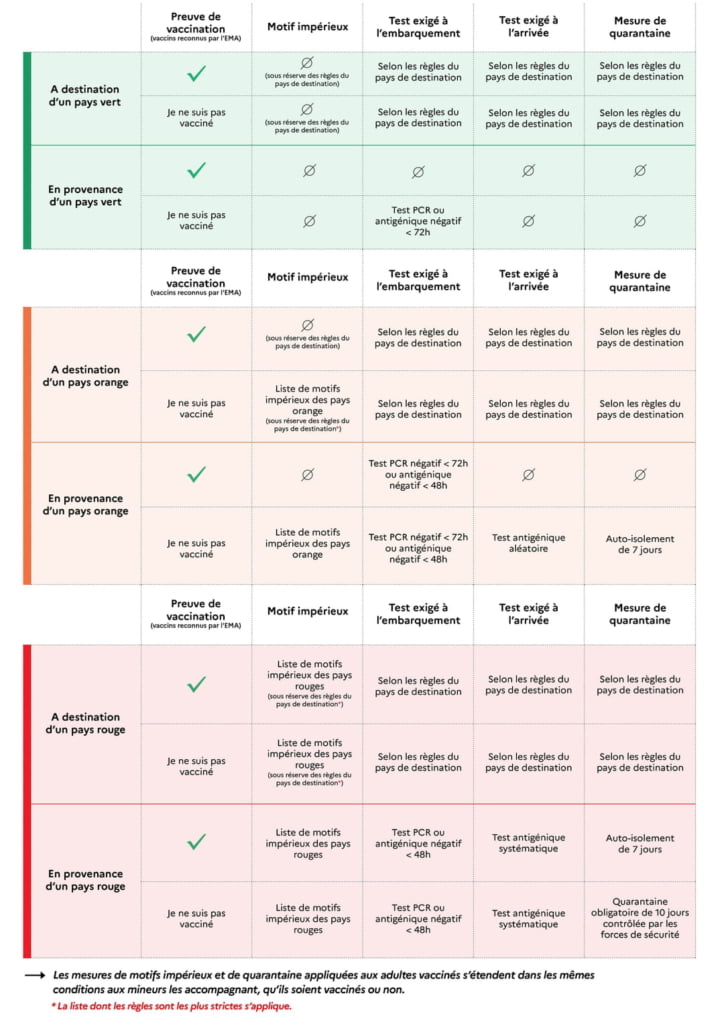 Terms and conditions for travel by green, orange and red countries © Gouvernement.fr

To obtain the complete list or the update of the countries according to their classifications, please go to the section “ travel advice – practical information ” of the website diplomatie.gouv.fr .

To find out how to leave, go to the section “Moving to/from a country in the orange zone” by clicking on this link.

Are you from another country?
Depending on your location, please check with your government about the health measures in effect regarding departure conditions from your territory.

Upon arrival in Morocco on the
sanitary measures in place.

The Moroccan authorities have announced the gradual resumption of flights as of June 15, 2021 according to a classification of countries into two lists A and B.

List A :ountries with positive indicators such as United Nations member states that are not mentioned in list B.
List B :Countries with a spread of variants or lack of accurate statistics on the epidemiological situation. 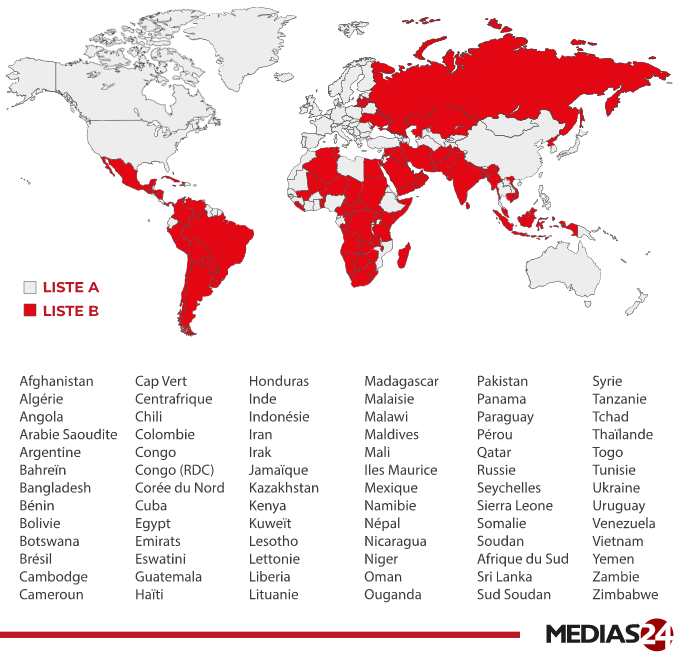 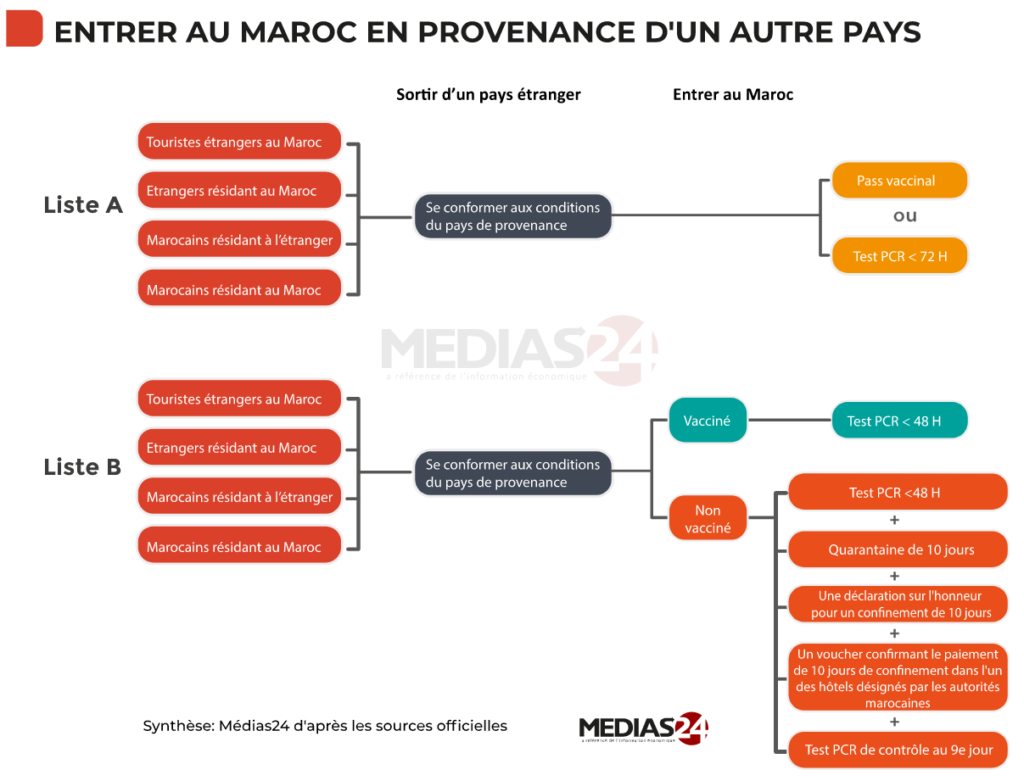 Entering Morocco from another country © medias24.com

Are you from another country?
This Tuesday, July 06, 2021 at 23:59, new conditions of entry come into effect, to learn more, thank you to consult this complete article, from medias 24.

Wearing a mask
is mandatory

Cough or sneeze
into your elbow

Respect of the social distances of 1,5m